Yachtswoman Tracy Edwards is calling for sailors to join a welcoming party to greet the former race yacht Maiden when she returns to the UK.

The once-resplendent Maiden, which is now in need of extensive refitting, will be arriving in the Solent aboard the Netherlands-flagged cargo ship Rolldock Sky this Sunday, 23 April, bound for Southampton Docks.

Maiden will be towed from Southampton Docks to Hamble Yacht Services on the River Hamble on Monday, 24 April, where she will be lifted out of the water on Tuesday morning.

The 17.7m (58ft) former racing yacht sailed into the history books in 1990 when she completed the gruelling Whitbread Round the World Race, with skipper Tracy Edwards and an historic all-female crew, achieving two leg victories along the way.

The Maiden yacht with Tracy Edwards and crew. Credit PPL

Edwards had to sell Maiden at the end of the trail-blazing race and moved onto other sailing projects including breaking seven world records with another all-female crew sailing around the globe non-stop.

Maiden went through a procession of owners, and was discovered abandoned three years ago and left to rot on the quayside on an Indian Ocean island, prompting Edwards to launch a fundraising campaign to save her beloved ’13th member of the crew’.

Maiden was shipped from Victoria, Mahe, Seychelles on 27 March.

Edwards now plans for the boat to be a figurehead of the Maiden Factor charity, dedicated to empowering girls through education. Extensive re-fitting will take ahead of a re-launch planned to coincide with the finish of the 2017-18 Volvo Round the World Yacht Race.

The Whitbread race, which was renamed the Volvo Ocean Race for the 2001/02 edition, will celebrate its 45-year history with a Legends Race on the final leg of the 2017-18 edition from Gothenburg to The Hague.

Any yacht to have featured in the Whitbread Round the World Race or Volvo Ocean Race, dating back to 1973-74, is welcome to join the 2018 Legends Race. The race will be run over the same course, and coincide with, the closing leg of the Volvo Ocean Race 2017-18, which starts from Gothenburg on 21 June.

Edwards MBE  is planning to reunite her original female crew and Maiden for the 2018 race.

Edwards urged sailors to join this Monday’s Maiden welcoming party, to ‘sail out and greet her or come and see us!’

She added: ‘We are a bit excited here.

‘The Rolldock Sky will be arriving in the Solent on Sunday 23 April at about 0800 and then heading towards Southampton Docks. Maiden is on deck!!

‘On Monday 24 April she will be offloaded from the ship at berth 109, Southampton Docks at 1000 and towed round to the river Hamble and Hamble Yacht Services.

‘On Tuesday 25 April she will come out of the water at Hamble Yacht Services at 1100.’

Eight British solo circumnavigators were in London yesterday - how many more can you name?

Eight tracks that sailing legend Sir Ben Ainslie would like to be castaway with... 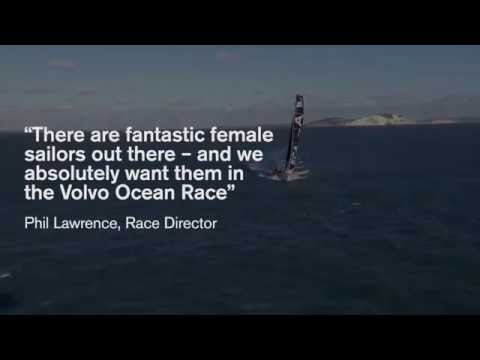 'It's so nail biting', says trail-blazing yachtswoman Tracy Edwards, 'Now is the time to pledge'...

The Maiden Rescue crowd funding project needs to hit its £44,000 target by 3 July

A tip to make it easier