The race committee initially appeared keen to try to wait for the sea breeze to come in, but with the thermometer hitting the low 30s and the sea breeze staying away, the call was made to try to get some racing in for all three classes.

The Sonars and SKUDs both got one more race under their belts, bringing their series total to three, with the British boats enduring mixed fortunes. But the 2.4mRs saw their race attempt abandoned after the combination of light wind and strong tide meant they exceeded the 25 minute time limit to reach the top mark.

All three classes will now try to get three races in today from the earlier time of 4pm.

Alexandra Rickham and Niki Birrell moved into the SKUD18 podium positions courtesy of their fourth place on the Escola Naval course yesterday. Now the five-time World Champion Brits want to just keep eking out the points to keep them in the hunt.

Rickham said: ‘It could be a big day tomorrow. It should be a lot cooler, which will be a lot more comfy, but we are gunning for it. That is all we can do at the moment. We will just see how the scorecard plays out and just work our way up as we can.

‘We were battling with the Canadians and unfortunately lost the battle on the last downwind. A fourth wasn’t what we were looking for but we move into third overall so that’s obviously better than fourth, which is where we started the day. Onwards and upwards; we will see what tomorrow brings and hopefully we can bring it.’

The Sonar team of John Robertson, Hannah Stodel and Steve Thomas were left ruing a day to forget as a 14th place from their sole race put them in 12th overall.

Stodel admitted the four-time Paralympians would be doing a bit of soul-searching tonight as they bid to regroup and rediscover the form that has landed them three World titles, including in 2015, for the remaining eight races.

She said: ‘Tough day doesn’t quite cover it. It just didn’t click. You get those days when it doesn’t and today was definitely one of those days when it just didn’t. We’re struggling in the boat right now and I think we’re going to go back and hopefully reason out why and come back fighting again tomorrow. It’s all we can do.

‘The thing in all of our minds is there is still a really long way to go, it’s not over yet by any stretch of the imagination. The scores are going to be all over the place and I think we’ve just got to keep plugging away at it. We can’t give up tonight just because we’ve had three bad races, we’re going to keep going.’

Meanwhile in the 2.4mR, defending champion and overnight leader, Helena Lucas, admitted to being relieved that their race was canned as she was struggling to move through the pack in a difficult upwind leg. Now she is hoping for some more stable conditions to up her medal charge back on the bay tomorrow.

She said: ‘The idea was to race us on the Northerly. We got out there and the tide was against us on the first beat and the wind dropped so we ran out of time.

‘It was a little bit fortunate for me because I had run out of pressure on the side I was in, so I was a little bit down the rankings. I was just trying to pick each boat off once I realised my mistake, but I must admit I was quite pleased that the race was abandoned and I live to fight another day.’

All three classes are scheduled to contest an 11 race series each, with two races per day from Monday 12 – Friday 16 September before one final series race for each class, after which the medals will be awarded, on Saturday 17 September.

Channel 4 have the rights to the Paralympic Games. World Sailing will be providing live tracking and race results at www.sailing.org/paralympics/rio2016

Six British Paralympic sailors will be battling for Rio 2016 glory when the regatta gets under way on Monday, 12

Following medical tests, it has been confirmed that the British Sailing Team’s 470 Olympic campaigner Elliot Willis has unfortunately been… 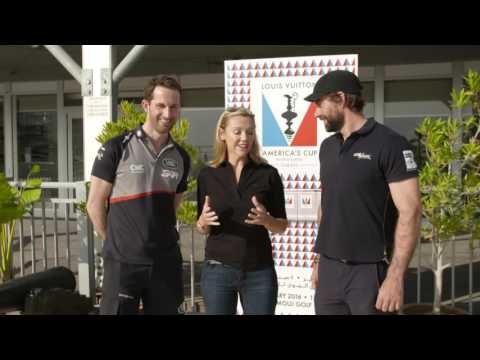 "It is a travesty that the Paralympics is dropping sailing after Rio 2016, so we have placed Bart’s Bash on…