Bridport Harbour (West Bay): Bridport (West Bay) Harbour is 15 miles west of Dorchester at the western end of Chesil Beach. It was important in the 19th Century for shipbuilding and for exporting rope and nets. It is now mainly used by locals but following major improvements to the harbour entrance, fishing vessels and leisure craft are visiting once again.

The harbour has 115 drying moorings with the majority let for private use. There are 15 commercial moorings for either fishing vessels or passenger vessels carrying fewer than 12 people. At the moment the waiting list for a mooring stands at 80.

Visiting fishing boats and commercial vessels can berth by the East Pier.

Visiting leisure craft can berth against the pontoon that has been provided, which runs up through the middle of the harbour. 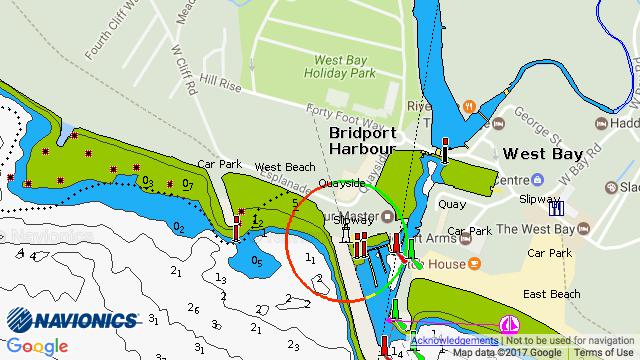 It depends how superstitious you are